The creative and productive process of composer Ron Jones

The creative process is hard to fully describe and each artist either develops a way to approach the blank canvas or give up. For Ron he has come to an inner understanding of how to unlock his best music and typically deliver the highest level of scores under enormous time constraints and demands of network Television and more. With hundreds of major projects scored and tens of thousands of compositions written a pattern has emerged and evolved over many years. That creative pathway is not set in stone because each project has its own character and challenges, but there still ends up being an approach that allows Ron to produce great work each time.

The first step involves not jumping directly to start composing. The vital first step always is to listen and take in the project. In the case of a film score, this first step involves reading the script, seeing rough cuts and meeting with the producers to hear as much about their project as possible. Ron wants the score to grow organically out of this information. Otherwise, the score can easily miss the target. The music affects the audience on an emotional level. The score can not tell the story, or show the story. That is the role of the visuals, the film itself, the director, the camera the actors. So Ron spends a lot of time and effort before composing a note digesting the full nature of a project. This is how the greatest film composers such as Jerry Goldsmith worked and everyone knows how vital those scores are to each film he created music for. 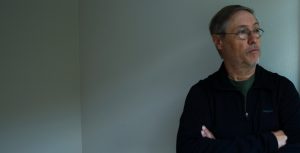 The second part of Ron’s process is to take that vital information and create musical themes and materials from which the resulting score will
be built from. This is notable
because so many today simply make up stuff as they go, sort of like improvisation. The builders of great structures do not improvise. They make detailed plans that insure the structure will stand strong. Would you drive a car across any bridge that was just faked in? This additional step allows for musical ideas to be created and refined. The individual cues are built from these ideas. A skilled painter sketches in charcoal the outlines on to which the brush will paint on. The more abstract painters don’t sketch first typically, but they are making a fully abstract work That abstract work is interpreted differently by each person who looks at it. A film, or a TV show or a game needs to stay on point with the message. Rarely is the goal to leave the audience in a bewildered state. They are trying to communicate a story. That story has a structure, a point, a message. So does the score.

The third basic step is about actually doing the project, the day in, day out scoring. Because the first two steps have been done, the notes begin to fall on the score page in a directed way. Each cue has a goal, a purpose. Each cue can be orchestrated or appropriate electronic sounds designed or chosen because there is this clarity. All of the forces of music, of its power to move emotions in an audience come forward and the score vibrates with an energy echoing the projects goals. Ron continues page by page until the full arc of the project is scored. 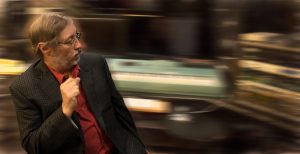 With the notes on the score done the next part, the performance and
mix takes place. Since all the work and attention to detail in the composing and orchestration have been done, the performance can be now the only point of focus. Now getting that score to express, to speak to move emotions happens. This phase is always the greatest joy and most satisfying in the process.

Finally hearing the music in concert, or in a film dub or screening is the ultimate reward. So is the joy of seeing all that work come together in collaboration with the artists and producers who created the project cause an audience to enjoy the final results.

The ultimate goal is to arrive at the end where everyone involved is very happy. The creative process that Ron Jones uses to reach that goal is vital and very much part of his thinking and approach. You can hear that in his prolific work. See the Listening room page for audio examples and demos.